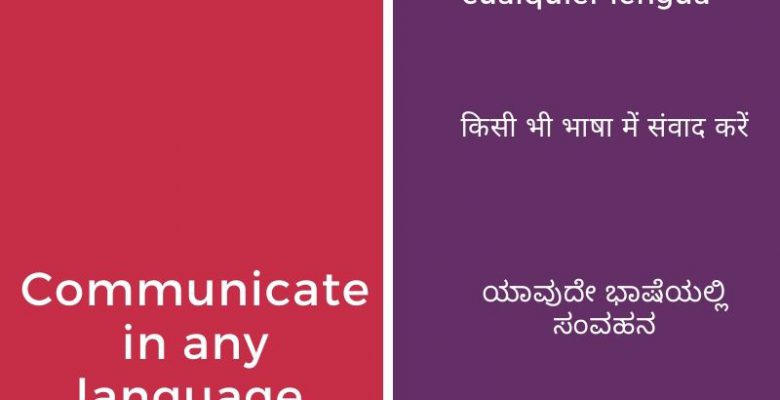 CONNECT WITH A GLOBAL AUDIENCE

Translation is the rendering of text from one language to another. Translation of documents is essential for emigration, job applications, enrolling in Universities abroad and other process that require documents to be available in different languages.

The purpose of translation is to make content available in different language while retaining the original tone, meaning and sentiment. An important aspect of translation is to take into account the regional and cultural differences while communicating ideas and opinions from the source to the target language.

Where is translation required ?

English Translators are often contracted or employed on a free-lance basis by governments and private organizations concerned with defense, legal issues, immigration, education and law enforcement. Other important organizations that require translation from one language to another include banks, tourist agencies, financial firms and hospitals.  There are also a number of translation and interpretation agencies that hire contractors on a full-time or part-time basis.

Our translators work with educational, technical, marketing, financial, legal, medical and literary documents, certificates and documents related to visas. Our clients include government organizations, embassies, and private companies that require such documents translated between English, Indian languages and European languages.

If you wish to avail our services please contact us via email, telephone or the form below.

INQUIRE ABOUT A SERVICE