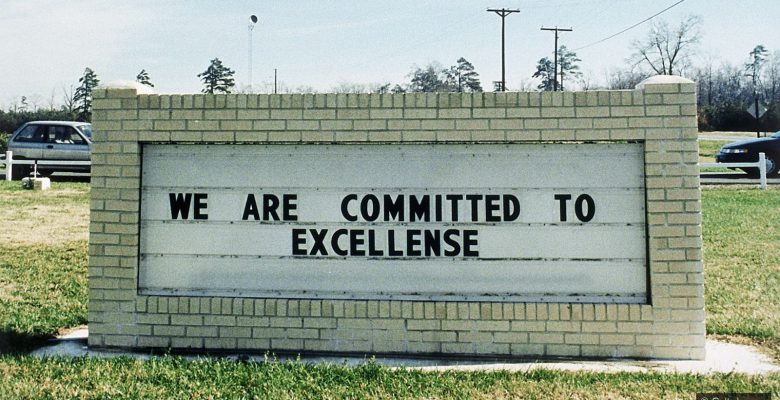 You may have seen a poem by Gerard Nolst Trinité called The Chaos. It starts like this:

I will teach you in my verse

In its fullest version, the poem runs through about 800 of the most vexing spelling inconsistencies in English. Eight hundred.

Attempting to spell in English is like playing one of those computer games where, no matter what, you will lose eventually. If some evil mage has performed vile magic on our tongue, he should be bunged into gaol for his nefarious goal (and if you still need convincing of how inconsistent English pronunciation is, just read that last sentence out loud). But no, our spelling came to be a capricious mess for entirely human reasons.

The problem begins with the alphabet itself. Building a spelling system for English using letters that come from Latin – despite the two languages not sharing exactly the same set of sounds – is like building a playroom using an IKEA office set. But from Tlingit to Czech, many other languages that sound nothing like Latin do well enough with versions of the Latin alphabet.

So what happened with English? It’s a story of invasions, thefts, sloth, caprice, mistakes, pride and the inexorable juggernaut of change. In its broadest strokes, these problems come down to people – including you and me, dear readers – being greedy, lazy and snobbish.

First, the greed: invasion and theft. The Romans invaded Britain in the 1st Century AD and brought their alphabet; in the 7th Century, the Angles and Saxons took over, along with their language. Starting in the 9th Century, Vikings occupied parts of England and brought some words (including they, displacing the Old English hie). Then the Norman French conquered in 1066 – and replaced much of the vocabulary with French, including words which over time became beef, pork, invade, tongue and person. 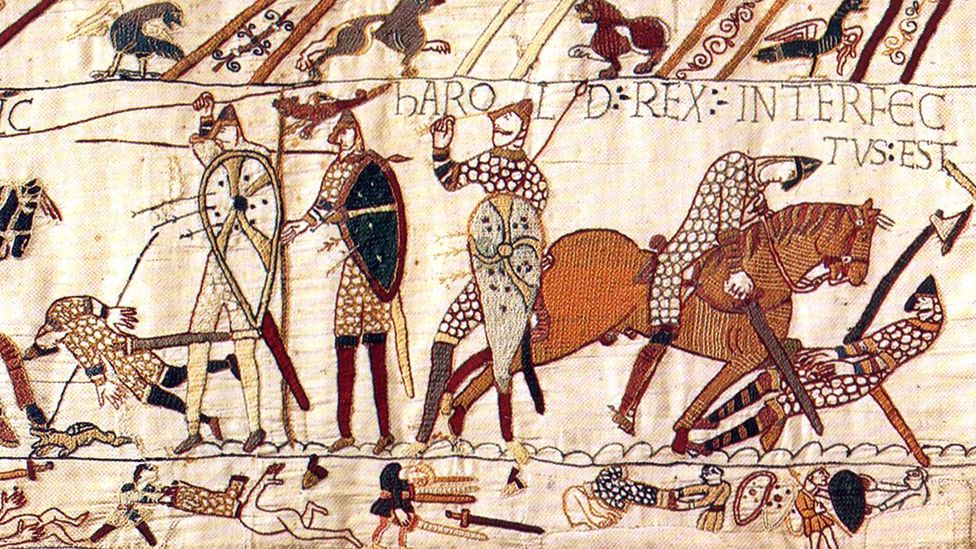 The Norman conquest of Britain in 1066 – shown here in the 11th-Century Bayeux Tapestry – introduced a number of French words into the language (Credit: GL Archive/Alamy)

Once the English tossed out the French (but not their words) a few centuries later, they started to acquire territories around the world – America, Australia, Africa, India. With each new colony, Britain acquired words: hickory, budgerigar, zebra, bungalow. The British also did business with everyone else and took words as they went – something we call “borrowing,” even though the words were kept. Our language is a museum of conquests.

What does this have to do with spelling? When we “borrow” words, they often come from other Latin-alphabet spelling systems, but have sounds different from the sounds we make in English. Many other languages, therefore, fully adapt words they borrow: Norwegian turned chauffeur into sjåfør and Finnish turned strand into ranta. In English, though, we wear our battle scars proudly. For some words, we have adopted the pronunciation but modified the spelling: galosh (from French galoche), strange (from French estrange). For others, we didn’t change the spelling, but we did change the pronunciation: ratio (originally like “ra-tsee-o” in Latin), sauna (the Finnish au is like “ow”), ski (in Norse, said more like “she”). Or we kept the spelling and, to the extent reasonable, the pronunciation too: corps, ballet, pizza, tortilla.

Adding to the greed is the laziness – or, as linguists call it, “economy of effort”. Sounds tend to change to save effort for either the speaker (dropping sounds out) or the listener (making sounds more distinct). Under Scandinavian and French influence, we tossed out troublesome bits of the complex Old English inflections, so a word like hopian got whittled down to hope, and over time, the e on the end stopped being said. In more recent centuries, we have often kept the spelling when sounds wear down: “vittle” is still written as victual. We simplified some sound combinations – “kn” became “n” and “wr” became “r.” We also stopped using – but not writing – some sounds altogether: the “kh” sound we spelled gh got changed to “f” as in laughter or just dropped, as in daughter.

Sometimes sounds just change capriciously. The most significant instance of this in English was the Great Vowel Shift. From the 1400s to about 1700, for reasons that remain unclear, our long vowels all shifted in our mouths like cream swirling slowly in a cup of tea. Before it, see rhymed with “eh”; boot was said like “boat”; and out sounded like “oot.” But when the sounds shifted, the spelling stayed behind. 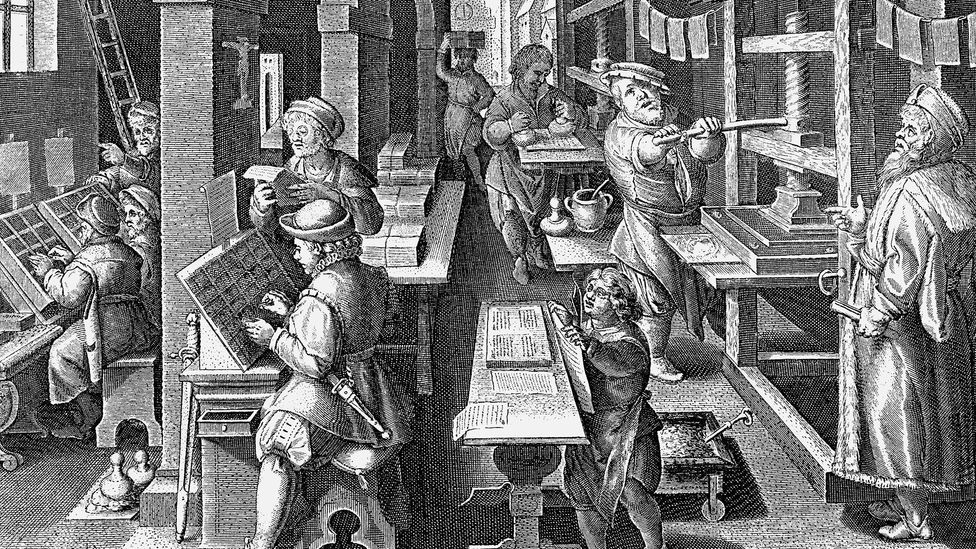 Tongues and ears aren’t the only lazy things. Scribes and typesetters can be, too. If you bring over scribes from France or typesetters from the Netherlands and Belgium, where the first presses in Britain came from, they will tend to the standards they’re used to. The French scribes, with their Latin influence, didn’t see why we would write cwen when obviously what they heard should be spelled something like queen. The Dutch typesetters felt that gost was missing something, so they slipped in an h to make ghost.

And, heck, if you charge by the letter, why not add in some extra e’s? They seemed to be all over the place anyway.

And then came snobbery

What really made sure that English spelling was a losing game, though, was snobbery.

It started in the 11th Century, when French became the high-class language and loaded up our culinary, legal and poetic vocabularies. But the snobbery kicked into top gear in the Renaissance, when scholars developed a crush on the ancient classics. They started borrowing words wholesale; many of our scientific and technical terms come from Latin and Greek (and most of the Greek terms came first through Latin, with Latin ideas of how to spell them). But they also decided that words that we already had ought to display their classical heritage, too. Does peple trace back to Latin populus? Then it ought to bear a special amulet to show its nobility – let’s add the o and make it people! Det owes a debt to debitum? Then put a b in so we know it! Many words had letters added by this indi(c)table fau(l)t; sometimes, they changed their pronunciation to match the spelling, as in fault. And sometimes the re-spellers were wrong about the etymology. While isle (formerly ile) comes from insula (hence the s), for example, island does not; it’s from Old English iegland. 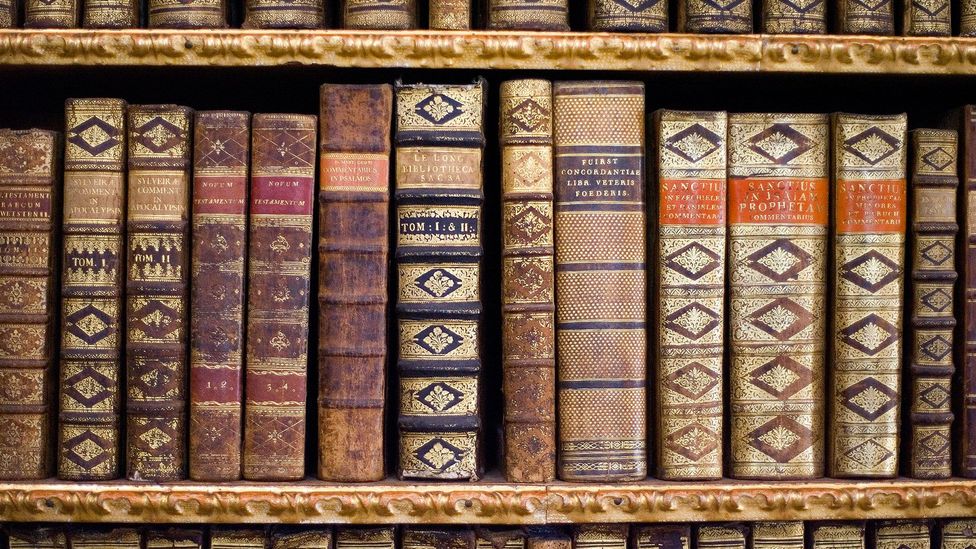 During the Renaissance, English speakers started borrowing Latin and Greek words wholesale – or changing words we already had to show their ancient heritage (Credit: Alamy)

One more layer of snobbery has added further complications across the Atlantic over the last couple of centuries: national pride. The (relatively few) American simplifications of spelling – color for colour, center for centre – largely owe their existence to Noah Webster’s desire to create a distinctive American English. Canadian preference for keeping many British spellings, on the other hand, has the same nationalistic origins… just in reverse.

And now? Now we don’t even want to spell things as they sound. How do spellings like hed, hart, lafter, dotter, and det look to you? Uneducated, perhaps? Annoyingly simplistic? Exactly. We enjoy our discomforts – and we really enjoy arbitrary practices that allow us to tell who are and aren’t the “right sort”. We’ve taken a useful tool and turned it into a social filter.

Greed started the problem of our language and laziness entrenched it, but snobbishness lionizes it. The history of English is a tale of vice… and that is a word, by the way, that we got from the French – even if we can’t blame them for the vices themselves.