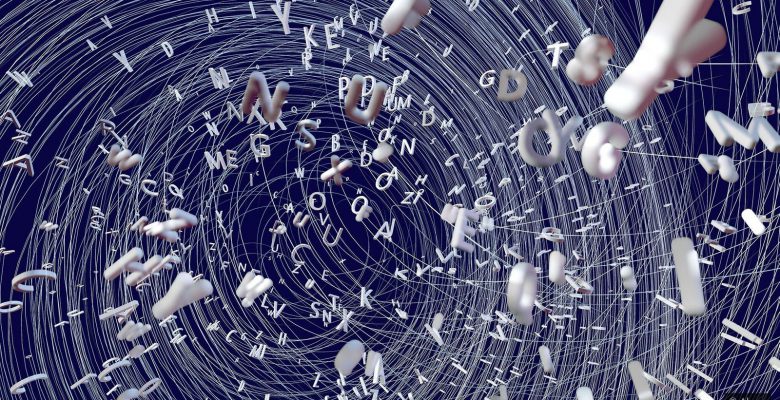 The most commonly-used word in English might only have three letters – but it packs a punch.

‘The’. It’s omnipresent; we can’t imagine English without it. But it’s not much to look at. It isn’t descriptive, evocative or inspiring. Technically, it’s meaningless. And yet this bland and innocuous-seeming word could be one of the most potent in the English language.

This story was originally published in January 2020.

More like this:
– The surprising history of the word ‘dude’
– The story of handwriting in 12 objects
– What a single sound says about you

‘The’ tops the league tables of most frequently used words in English, accounting for 5% of every 100 words used. “‘The’ really is miles above everything else,” says Jonathan Culpeper, professor of linguistics at Lancaster University. But why is this? The answer is two-fold, according to the BBC Radio 4 programme Word of Mouth. George Zipf, a 20th-Century US linguist and philologist, expounded the principle of least effort. He predicted that short and simple words would be the most frequent – and he was right.

The second reason is that ‘the’ lies at the heart of English grammar, having a function rather than a meaning. Words are split into two categories: expressions with a semantic meaning and functional words like ‘the’, ‘to’, ‘for’, with a job to do. ‘The’ can function in multiple ways. This is typical, explains Gary Thoms, assistant professor in linguistics at New York University: “a super high-usage word will often develop a real flexibility”, with different subtle uses that make it hard to define. Helping us understand what is being referred to, ‘the’ makes sense of nouns as a subject or an object. So even someone with a rudimentary grasp of English can tell the difference between ‘I ate an apple’ and ‘I ate the apple’. 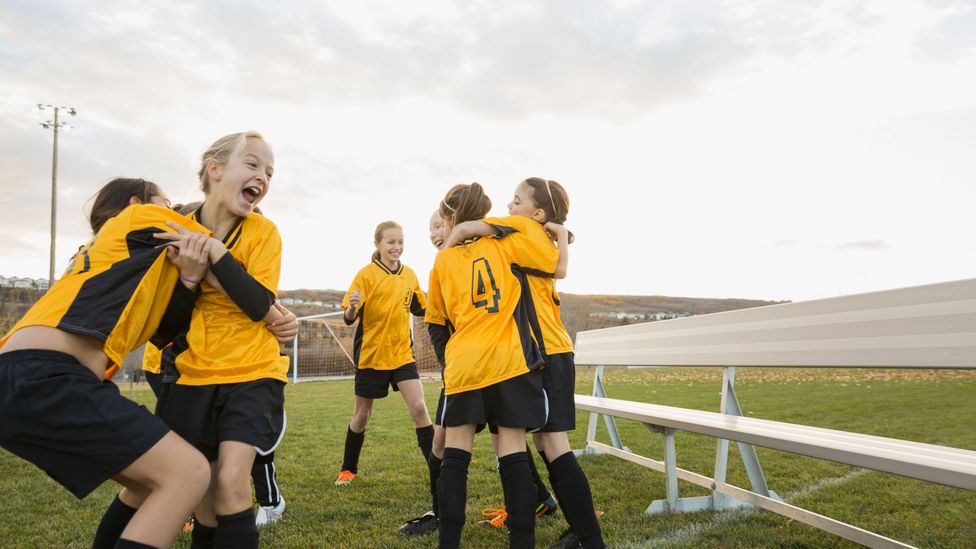 But although ‘the’ has no meaning in itself, “it seems to be able to do things in subtle and miraculous ways,” says Michael Rosen, poet and author. Consider the difference between ‘he scored a goal’ and ‘he scored the goal’. The inclusion of ‘the’ immediately signals something important about that goal. Perhaps it was the only one of the match? Or maybe it was the clincher that won the league? Context very often determines sense.

There are many exceptions regarding the use of the definite article, for example in relation to proper nouns. We wouldn’t expect someone to say ‘the Jonathan’ but it’s not incorrect to say ‘you’re not the Jonathan I thought you were’. And a football commentator might deliberately create a generic vibe by saying, ‘you’ve got the Lampards in midfield’ to mean players like Lampard.

The use of ‘the’ could have increased as trade and manufacture grew in the run-up to the industrial revolution, when we needed to be referential about things and processes. ‘The’ helped distinguish clearly and could act as a quantifier, for example, ‘the slab of butter’.

This could lead to a belief that ‘the’ is a workhorse of English; functional but boring. Yet Rosen rejects that view. While primary school children are taught to use ‘wow’ words, choosing ‘exclaimed’ rather than ‘said’, he doesn’t think any word has more or less ‘wow’ factor than any other; it all depends on how it’s used. “Power in language comes from context… ‘the’ can be a wow word,” he says.

This simplest of words can be used for dramatic effect. At the start of Hamlet, a guard’s utterance of ‘Long live the King’ is soon followed by the apparition of the ghost: ‘Looks it not like the King?’ Who, the audience wonders, does ‘the’ refer to? The living King or a dead King? This kind of ambiguity is the kind of ‘hook’ that writers use to make us quizzical, a bit uneasy even. “‘The’ is doing a lot of work here,” says Rosen.

‘The’ can even have philosophical implications. The Austrian philosopher Alexius Meinong said a denoting phrase like ‘the round square’ introduced that object; there was now such a thing. According to Meinong, the word itself created non-existent objects, arguing that there are objects that exist and ones that don’t – but they are all created by language. “‘The’ has a kind of magical property in philosophy,” says Barry C Smith, director of the Institute of Philosophy, University of London. 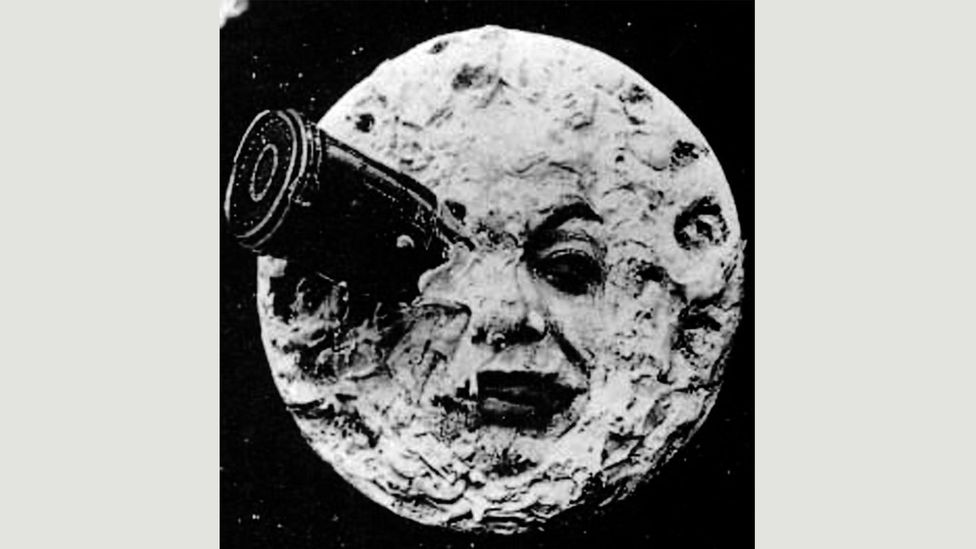 ‘The’ adds substance to phrases like ‘the man in the Moon’, implying that he exists (Credit: Alamy)

The British philosopher Bertrand Russell wrote a paper in 1905 called On Denoting, all about the definite article. Russell put forward a theory of definite descriptions. He thought it intolerable that phrases like ‘the man in the Moon’ were used as though they actually existed. He wanted to revise the surface grammar of English, as it was misleading and “not a good guide to the logic of the language”, explains Smith. This topic has been argued about, in a philosophical context, ever since. “Despite the simplicity of the word,” observes Thoms, “it’s been evading definition in a very precise way for a long time.”

Lynne Murphy, professor of linguistics at the University of Sussex, spoke at the Boring Conference in 2019, an event celebrating topics that are mundane, ordinary and overlooked, but are revealed to be fascinating. She pointed out how strange it is that our most commonly used word is one that many of the world’s languages don’t have. And how amazing English speakers are for getting to grips with the myriad ways in which it’s used.

Scandinavian languages such as Danish or Norwegian and some Semitic languages like Hebrew or Arabic use an affix (or a short addition to the end of a word) to determine whether the speaker is referring to a particular object or using a more general term. Latvian or Indonesian deploy a demonstrative – words like ‘this’ and ‘that’ – to do the job of ‘the’. There’s another group of languages that don’t use any of those resources, such as Urdu or Japanese.

Function words are very specific to each language.So, someone who is a native Hindi or Russian speaker is going to have to think very differently when constructing a sentence in English. Murphy says that she has noticed, for instance, that sometimes her Chinese students hedge their bets and include ‘the’ where it is not required. Conversely, Smith describes Russian friends who are so unsure when to use ‘the’ that they sometimes leave a little pause: ‘I went into… bank. I picked up… pen.’ English speakers learning a language with no equivalent of ‘the’ also struggle and might overcompensate by using words like ‘this’ and ‘that’ instead.

Even within the language, there are subtle differences in how ‘the’ is used in British and American English, such as when talking about playing a musical instrument. An American might be more likely to say ‘I play guitar’ whereas a British person might opt for ‘I play the guitar’. But there are some instruments where both nationalities might happily omit ‘the’, such as ‘I play drums’. Equally the same person might interchangeably refer to their playing of any given instrument with or without the definite article – because both are correct and both make sense. 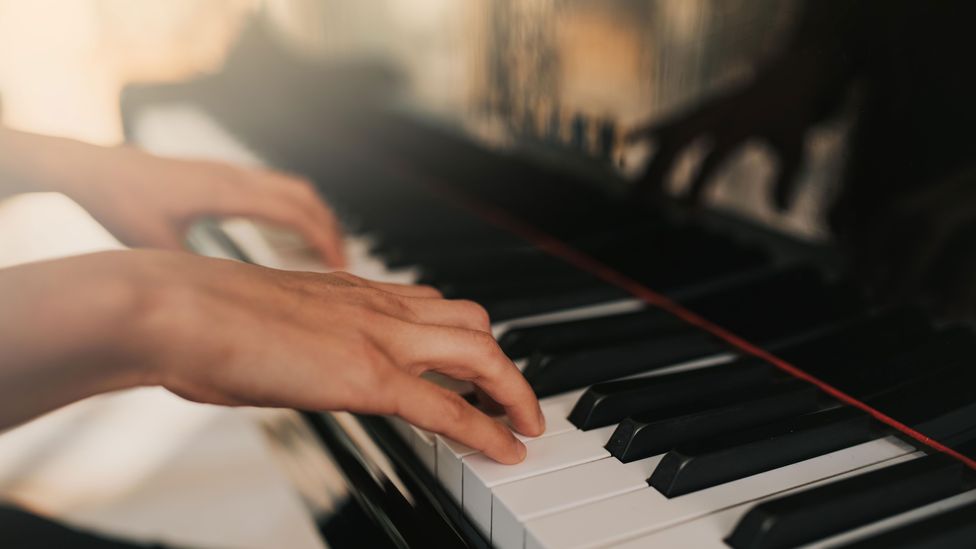 Americans are more likely to say ‘I play piano’, whereas a Brit would probably say ‘I play the piano’ (Credit: Alamy)

And yet, keeping with the musical vibe, there’s a subtle difference in meaning of ‘the’ in the phrases ‘I play the piano’ and ‘I clean the piano’. We instinctively understand the former to mean the piano playing is general and not restricted to one instrument, and yet in the latter we know that it is one specific piano that is being rendered spick and span.

Culpeper says ‘the’ occurs about a third less in spoken language. Though of course whether it is used more frequently in text or speech depends on the subject in question. A more personal, emotional topic might have fewer instances of ‘the’ than something more formal. ‘The’ appears most frequently in academic prose, offering a useful word when imparting information – whether it’s scientific papers, legal contracts or the news. Novels use ‘the’ least, partly because they have conversation embedded in them.

Deborah Tannen, a US linguist, has a hypothesis that men deal more in report and women more in rapport – this could explain why men use ‘the’ more often

According to Culpeper, men say ‘the’ significantly more frequently. Deborah Tannen, an American linguist, has a hypothesis that men deal more in report and women more in rapport – this could explain why men use ‘the’ more often. Depending on context and background, in more traditional power structures, a woman may also have been socialised not to take the voice of authority so might use ‘the’ less frequently. Though any such gender-based generalisations also depend on the nature of the topic being studied.

Those in higher status positions also use ‘the’ more – it can be a signal of their prestige and (self) importance. And when we talk about ‘the prime minister’ or ‘the president’ it gives more power and authority to that role. It can also give a concept credibility or push an agenda. Talking about ‘the greenhouse effect’ or ‘the migration problem’ makes those ideas definite and presupposes their existence.

‘The’ can be a “very volatile” word, says Murphy. Someone who refers to ‘the Americans’ versus simply ‘Americans’ is more likely to be critical of that particular nationality in some capacity. When people referred to ‘the Jews’ in the build-up to the Holocaust, it became othering and objectifying. According to Murphy, “‘The’ makes the group seem like it’s a large, uniform mass, rather than a diverse group of individuals.” It’s why Trump was criticised for using the word in that context during a 2016 US presidential debate.

We don’t know exactly where ‘the’ comes from – it doesn’t have a precise ancestor in Old English grammar. The Anglo Saxons didn’t say ‘the’, but had their own versions. These haven’t completely died out, according to historical linguist Laura Wright. In parts of Yorkshire, Lancashire and Cumberland there is a remnant of Old English inflective forms of the definite article – t’ (as in “going t’ pub”).

The letter y in terms like ‘ye olde tea shop’ is from the old rune Thorn, part of a writing system used across northern Europe for centuries. It’s only relatively recently, with the introduction of the Roman alphabet, that ‘th’ has come into being.

‘The’ deserves to be celebrated. The three-letter word punches well above its weight in terms of impact and breadth of contextual meaning. It can be political, it can be dramatic – it can even bring non-existent concepts into being.