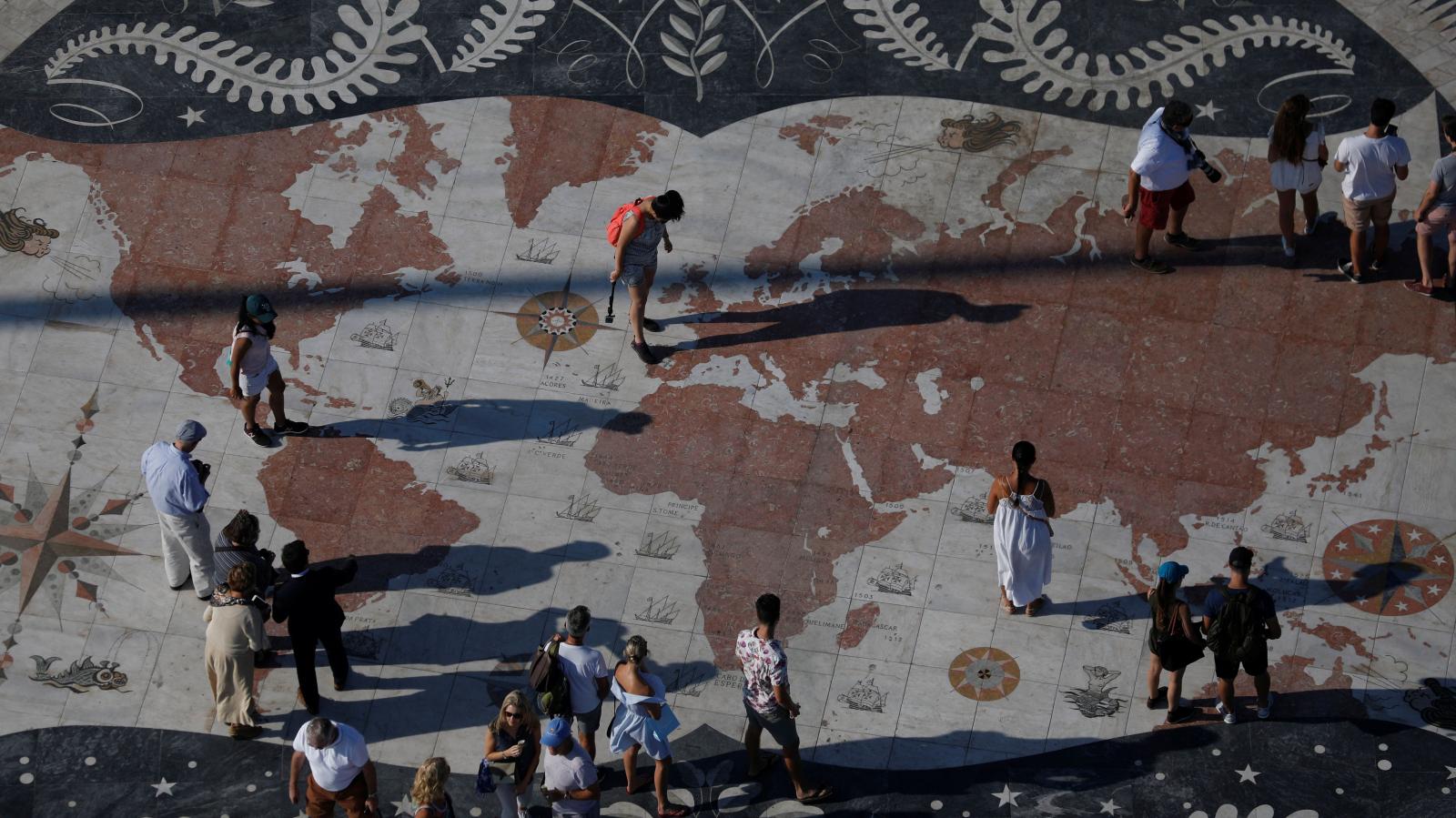 Is English a “weird” language? Many of us might feel this is true when we’re trying to explain its complex spelling rules, or the meanings of idioms such as “it’s raining cats and dogs” to someone who is learning it. Teaching or learning any language is, however, never an easy task.

But what is a “weird” language anyway? As linguists, we generally aim to be as objective as possible in the study of human language. We view ourselves as language scientists who make hypotheses about how humans use language and test them against linguistic data. Unlike so-called “language police,” we believe it is important to avoid where possible making value judgements about language.

Some computational linguists have, however, used data in the World Atlas of Language Structures (WALS) to explore (tongue firmly in cheek) which languages might be considered the “weirdest.” This was not just a value judgement: they systematically compared the information in the WALS website for 239 languages from different parts of the world.

English probably sounds a little “weird” to many speakers of other languages. According to the WALS, the average number of distinctive speech sounds in the world’s languages is about 25-30—known as “phonemes.” Pirahã, an indigenous language spoken in the Amazon region of Brazil, has an unusually small set of phonemes. It has eight consonants, and just three vowels: /i/, /a/, and /o/. In contrast, Taa—also known as !Xóõ) is a language in southern Africa which has more than 100 phonemes, including many different types of click sounds. Sign languages, such as British Sign Language or American Sign Language, do not use sounds at all. Signs are, instead, composed out of combinations of handshapes, movements of the hands, and locations on or near the body of the signer.

English has more phonemes than many languages, with around 44, depending on which variety of English you speak. It has an unusually large set of vowel sounds—there are around 11. According to WALS, most spoken languages only have between five to six vowel sounds. This is part of the reason that English spelling is fiendishly complicated, because it has inherited five letters for vowels from the Roman alphabet and speakers have to make them work for more than twice that number of sounds.

English has some comparatively unusual consonant sounds as well. Two sounds, those represented by the “th” in “bath” and “bathe” respectively, are found in fewer than 10% of the languages surveyed in WALS. In fact, these two sounds are generally among the last sounds acquired by children, with some adult varieties of English not using them at all.

The question of questions

English grammar is also sometimes unusual. English uses varying word orders to distinguish between questions and statements—meaning that the subject of the sentence precedes the verb in statements. Take the phrase “life is a box of chocolates” for example. Here, the order is subject (“life”) followed by the verb (“is”). In the question, “is life a box of chocolates?,” the order of these elements is reversed.

In a WALS survey of 955 languages, fewer than 2% of languages in the sample used English-like differences in sentence structure for questions. Over 50% of the languages added a question particle to differentiate a question from a statement.

In Japanese, for example, you add the question particle “ka” to a statement to turn it into a question. The second most common strategy in WALS was to change the intonation pattern, such as changing a falling intonation pattern (for a statement) to a rising one (for a question). In contrast, Mixtec (an indigenous language of Mexico) is a highly atypical language because it does not use any grammatical strategy to distinguish between questions and statements.

That said, it is impossible to conclusively make the argument that English is, or isn’t, “weird” because all the data needed to make this judgement is not available. As several thousand languages have not yet been included in WALS, this means WALS can only be used to compare English with a small proportion of the estimated 7000 languages in the world today. So more language documentation is ultimately needed to give a better understanding of the world’s amazing linguistic diversity.

This article was embedded from qz.com

This article is republished from The Conversation under a Creative Commons license. Read the original article.

Someone or something that is pleasant or attractive.

1.What a charming village!

The English Cube
4.9
Based on 18 reviews

Rihana Antapur
04:32 11 Nov 19
Thanks to "The English cube" for great experience on the courses of basic english speaking. All instructors are really... good especially Angelika Shankar and Swetha. Thanks again.read more

Mohammed Taha
09:40 18 Aug 19
I studied my beginner level English with trainer Angelicka Shankar. I was extremely clear about concepts with her... teaching. I then took Intermediate level also. My classes with my trainer were very interesting, interactive. Would always look forward to studying with her. Thanksread more

Roopa Thirumalai
15:50 21 Jul 19
Competency and fluency in the English language is a challenge for many. The working world looks for these important... skill sets while recruiting and also most people long to have it simply to scale up the ladder! If you are one of those, choose to do a course with The English Cube. You will surely find the learning experience interesting and fulfilling. As one of the trainers with The English Cube, I would like to say that we create blended learning experiences that help you to learn and use the language skills in your chosen field more effectively and appropriately! Join us to explore the interesting intricacies of the English language!!!read more

CHANDRAMANI KUMAR
07:21 12 Jul 19
This is the best place to learn English and make your English better. Teachers are very helpful and understanding.They... teach us very politely and make it us clear. All are fully professional including staffs.I highly recommend this institute to everyone.read more

Bhavya Manohar
11:13 13 Jun 19
Impressed with the quality offered by them. If you are interested in learning from the real people who make English... learning a fun and generate interest for it in you, this is the right place. The quality of the materials, qualification of the instructors, infrastructure, audio visual classrooms are something which make this center one of the best. I joined my upper intermediate level here which is helping me in my professional life and career.read more

Balajee Subramanyam
07:24 09 Jun 19
The English Cube is a very professionally managed institution for English language. Tutors are highly qualified and... committed to their work. I liked the syllabus and their focus on communicative methodology which enables to make a person speak the language from the first day of the class. I recommend this institute to the people who are looking to learn English for interview, job, business and professional purposes.read more

Richa Kumar
02:37 26 Apr 19
I did my basic and intermediate levels here. Good teachers and admin staff who helped me learn and practice... conversation. I will come back for my next level.Thank you the English Cuberead more

Venkatesh Krishnappa
07:41 08 Apr 19
I started leaning English with this institute when I was looking for a job. I must thank the institute that I became... confident not only in my English and general communication skills but also I learnt about the etiquette, soft skills and how to be presentable in meetings, conferences and public programs. The material, training and audio-visual sessions and the classroom atmosphere made me very comfortable and now I am able to speak English well. Thanks to my trainers, I definitely recommend it to any one who wants to learn English for professional purposes.read more

sari0007 sharma
08:54 30 Jan 19
Hi, before joining this job, I was searching a job. I didn’t get a job because I had lack of communication issues in... English. Once I joined & learned communication from you, after that I used my communication skills in the interviews. I got a job. I believed myself because of that I joined your classes. Now I am filled with sound vocabularies, Grammar, Email ethics, corporate ethics & Etiquette, able to give well formed group discussion, pronunciation and so on. She has immense knowledge on all the topics. Now I have Everest confidence to survive in this competitive world. I would recommend this course to people who have lack of confidence and who want to make an impression by communicating well and move up the corporate ladder. I am thankful to Shweta and recommend her classes to everyone, who is looking for all-round development in their personality and communication skills. Thanksread more

Manjunath Sheshadri
12:21 09 Jan 19
A good place to learn English for professional and academic purposes. Thanks to the qualified teachers who make English... learning easy and fun.read more
Next Reviews

The English Cube
4.6
Based on 8 reviews

Vishwajeet Kumar
07:57 02 Sep 19
It is good institute for spoken english

vatsalavani dr
06:49 02 Jul 19
It's a good institute which helped me to improve my English.
Next Reviews

THE ENGLISH CUBE
4.8
Based on 8 reviews

Ishita Mallik
08:54 15 Jun 19
One of the best institute for learning English. The teachers are very helpful. The study materials are also very high... stander. I have really learned a lot .read more

Pushkar Shankar
18:28 27 May 19
Good institute for developing your language skills.

Sanskriti Saha
12:02 27 May 19
Excellent institute for English and personality development.